THE POPE MAKES PEACE BETWEEN SCIENCE AND FAITH

The Pope Makes Peace Between Science and Faith

Jeffrey Kluger is Editor at Large for TIME.

A divide that never needed to exist is at last narrowing

Of all of the frivolous lawsuits that have come before the courts in the long history of American jurisprudence, the most ridiculous has to be the one filed by Madalyn Murray O’Hair more than 45 years ago. O’Hair was the exceedingly vocal founder of the group American Atheists, and what left her so aggrieved was something that left virtually everyone else on the planet deeply moved: the 1968 Christmas Eve reading of Genesis from the crew of Apollo 8, the first manned mission to orbit the moon.
O’Hair’s gripe was that since the spacecraft was government property and the astronauts were government employees, it was an unconstitutional commingling of church and state for them to read from the Bible. The suit was meritless and the court treated it accordingly. The founding fathers no more intended to prevent three men from expressing their faith on a holy night far from home than they would have forbidden sailors on a government-owned warship from holding a prayer service the night before they go into battle.
But if church and state were not even within handshake distance during Apollo 8, church and science were in a new and transformative embrace. It was the iconic photo of earthrise that the astronauts brought home that first revealed the planet to be the beautiful, fragile, exceedingly destructible thing it is. And it was that insight, in turn, that is widely credited with galvanizing the environmental movement. Whether you believed the planet was created by the hand of God or the violence of physics, you knew we had to take care of it more gently and gratefully than we were.
That was the message too in Pope Francis’s celebrated climate encyclical last spring, and it was the one he brought with him to Capitol Hill on Sept. 24. “I call for a courageous and responsible effort to redirect our steps and to avert the most serious effects of the environmental deterioration caused by human activity,” he said. For those who needed things put more directly, he added, “God will judge you on whether you cared for the Earth.”
This is nothing new for this Pope, who, in his encyclical, even went so far as to prescribe a negotiated solution to the climate crisis. “The establishment of an international climate change treaty is a grave ethical and moral responsibility,” he wrote.
In the Pope’s twinning of the divine and the profane, there’s a lot more divinity than there is profanity—but that doesn’t mean that Francis’s charge is not also rooted in the solidity of science. The battle between the spiritual and the empirical has always been less the work of the alleged combatants themselves than of the fights other people want to pick between them.
There is the expediency of Sen. James Inhofe, of the Oklahoma oil patch, denying the reality of climate change with the argument that, “God’s still up there. The arrogance of people to think that we, human beings, would be able to change what He is doing in the climate is to me outrageous.” Would he say the same if he came from a state that was getting rich not on fossil fuels but on windmill technology?
There’s the smugness of a Bill Maher declaring, “Faith means making a virtue out of not thinking,” or a Christopher Hitchens, arguing that “That which can be asserted without evidence, can be dismissed without evidence.” Did they mean that? Maybe. Did they sell books and performance tickets when they did? Yes.
But the world, to say nothing of the universe, has never been as binary as all that. Religion and science have always wrestled with many of the same questions: birth and death, beginnings and endings, creation and annihilation. If there’s a lack of rigor in the theologian who argues that all creation is the work of God, so stop asking impertinent questions, there’s a lack of wonder in the scientist who can look out at the universe—or back at the Earth from the distant moon—and see nothing but physics and geology.
The fact is, the greatest leaders in both the science and faith camps have often been the ones best able to look across the imaginary gulf that separates them and see merit on the other side. “I do not share the crusading spirit of the professional atheist,” wrote Albert Einstein in a 1949 letter. “I prefer an attitude of humility corresponding to the weakness of our intellectual understanding of nature and of our own being.”
In 1965, Pope Pius VI foreshadowed Francis, when, in a United Nations address, he too spoke about the destructibility of the world at the hands of humanity. “The real danger comes from man,” he said, “who has at his disposal ever more powerful instruments that are as well fitted to bring about ruin as they are to achieve lofty conquests.”
The growing relationship between science and faith has always been something of an informal, common law marriage, but Francis may have consecrated it this week. He deserves to be making news for doing so, but not because there’s anything radical in his beliefs. You may prefer your universe with a God or without a God, but it’s always been harder—and smarter—to accept that you just don’t know and make room for them both. You don’t have to believe that’ll save your soul, but it will do a lot to enrich it.
Publicado por Fundación Emilia Mª Trevisi en 11:28 No hay comentarios: 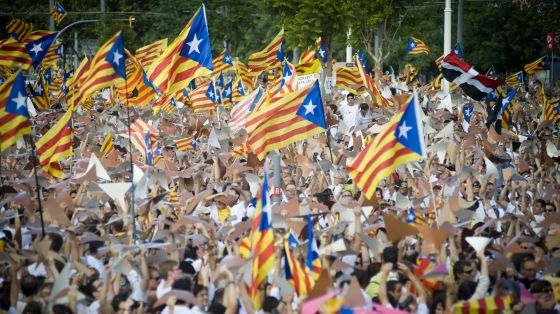